Subscribe!
The Blizzard of 2016
Hey Folks,
I am writing this week’s email missive from the comfort of my kitchen table, where I am working today. The Madison+Main-iacs get a snow day, but we’re still working hard, including conference calls starting at 8:30 am.
Instead of a full report, I’m going to hit a couple of highlights and then go enjoy the snow with my kids. 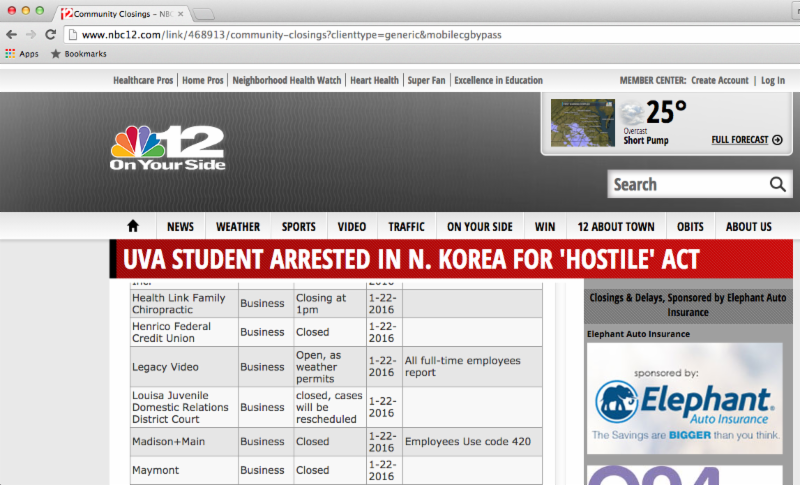 Madison+Main announced on NBC12 that we were closed today. Employees used Code 420.
Monday, January 18th – On Monday we kicked of a new PR and digital campaign for The Little Lion, a world-premiere production at the historic Swift Creek Mill Theatre. Click here for tickets to the show, which is based on an historical novel by Richmond’s very own Nancy Wright Beasley. This is a show you do not want to miss! Get your tickets NOW.
Tuesday, January 19th – On Tuesday, we had a great meeting at Village Bank with Jennifer Merritt, their awesome new Marketing Director and together we made great strides towards their 2016 marketing plans. Later in the day, I was reminded why Village Bank is my favorite personal and business bank as well. My bankers, Sarah Williams and Amanda Porch saw an issue I had with remote deposit, jumped in and offered a solution and then fixed it before I could email them back. Village Bank is awesome and I HIGHLY recommend them for anyone who owns a small business. Gotta love the #VillagePeople.
Wednesday, January 20th – Following a productive day of creating TV ads, direct mail pieces, annual reports and websites, we hosted our Monthly Media Mixer at The Tobacco Company. It was a really big crowd and there was lot’s of great networking. Don’t worry if you missed it, we’ll do it all over again on February 17th! We will send invites out soon! #savethedate
My beloved RAMS of VCU dispatched Duquesne Wednesday night 93-71, as Mo “strong-as-an-ox” Alie-Cox delivered another super performance and “Teach Me How to” Doug E. Brooks broke out of his shooting slump. The Rams are on a roll. That reminds me, I need to drive to Martin’s and buy someUkrops’ White House Rolls. #andmilk 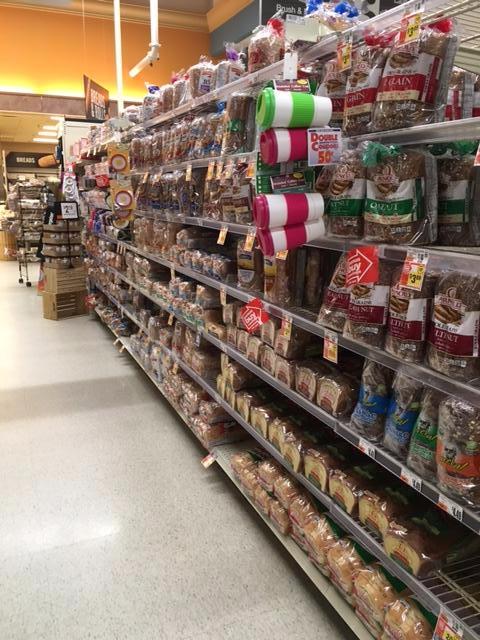 NewsFlash: There is plenty of bread left at Martin’s because Richmonders apparently hate Martin’s.
Thursday, January 21st – On Thursday, we worked press contacts for our clients at Yard Works, getting them into several print and web publications. You’ll read about their successes next week in the paper, but I’ll give you a sneak peek and let you know that Yard Works recently expanded into the Williamsburg area, with their recent acquisition of Waltrip Recycling. Yes, they’re expanding their vision of making the world beautiful – one yard at a time.
Friday, January 22nd – We’re snowed in, which means clients are snowed in too and emailing us more than usual. So no playing in the snow yet for yours truly, as we’ve been working remotely today, using phone, email, Skype, Twitter and carrier pigeons to communicate. Molly is in Kansas and got 10 inches of snow yesterday. Kara is in Blacksburg, digging out from a foot of white stuff so far. And it looks likeWXRisk.com Dave Tolleris was right again and we’ll be getting an historic snow fall. #mooseballs
My teenage son Jack is home and I must take him out to go sledding, because I desperately need fresh air. We’ve been cooped up together all day and his Axe body spray is stinging my eyes.
When it snows, I drag Jack and his friends behind my Jeep. I call it “Shrednecking.
I hope you stay warm during the Blizzard of 2016 and until next week, enjoy these newspeople out in the snow and ice…on Live TV…. #whatcouldgowrong
“The snow doesn’t give a soft white damn whom it touches.”
– e.e. cummings
Branding