After a two week hiatus, the Weekly Report is back. I haven’t been “missing in action,” I’ve just been “fat and happy.” I guess that means my New Year’s resolution is to be “skinny and unhappy.” 2015 is here and there is a renewed sense of purpose in the air. It was tough to get back to work after the lay off, but I am thrilled to start wearing some of the cool clothes I got for Christmas… like 12 pairs of Tommy Hilfiger socks. 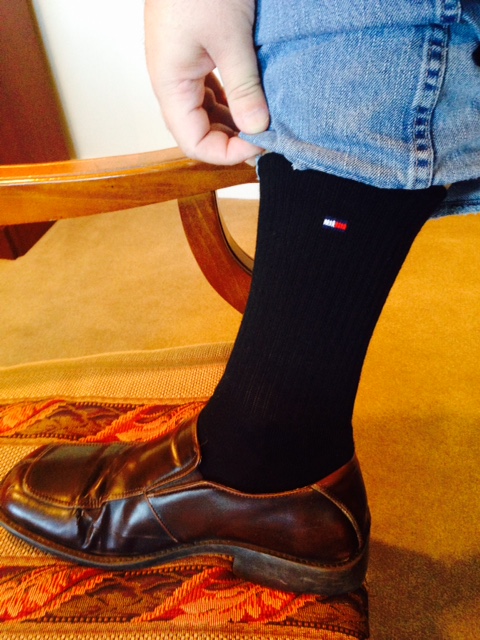 When I was a kid, I didn’t like getting socks for Christmas.

I am going to lose 10 pounds before next Thursday, so I can fit into my Zoot Suit style tuxedo. I am hosting the Chesterfield Chamber of Commerce Gala on January 15th and I can promise you there will be plenty of corny jokes and a few mildly inappropriate zingers. Registration closes today! Get your tickets now.

Monday, January 5th – We love it when friends drop by and we love it when they bring alcohol. Our friends at  Silverback Distillery in Nelson County dropped by with some Strange Monkey Gin andBeringei Vodka last Monday. The only problem? It was 10AM and I was only half way through my 2nd cup of coffee. Denver and Christine Riggleman began producing spirits at Silverback Distilleryfour and a half months ago and are already in 150 Virginia ABC stores.

In the afternoon, we had a great call with First Bank (mainly because I resisted the temptation to open the liquor). In case you didn’t hear the news, our clients at First Bank are in the process of buying sixBank of America branches in the Shenandoah Valley and Central Virginia. #banklocal

Tuesday, January 6th – After Rotary on Tuesday, I dropped by Comcast Spotlight studios in Chesterfield to film a segment about World’s Best Cheesecake with Chesterfield Chamber PresidentDanna Geisler. Since no one watches public access Channel 17, the pressure was off and I goofed around with Danna and pretended I was a guest on Between Two Ferns. Speaking of cheesecake, congrats to our business Partner John Fernandez who just completed a merger with Diane’s Desserts.

Afterwards we worked with our buds from Broadscope Media to finalize the latest Yard Works TV spot, which will be produced next month. We are casting on Monday, January 19th for a petite, young, six to eight year old girl to play a role in the spot. Do you know a young actress who might fit this description? Email us at Shout@MadisonMain.com.

On Tuesday night the mighty Sharks at Alberta Smith were back on the court for basketball practice, and tried hard to shake off the rust. It seems most of my players sat on their behinds, playing Xbox Basketball instead of real basketball over the last three weeks. In other news, Jack is almost as tall as me. #OyVey 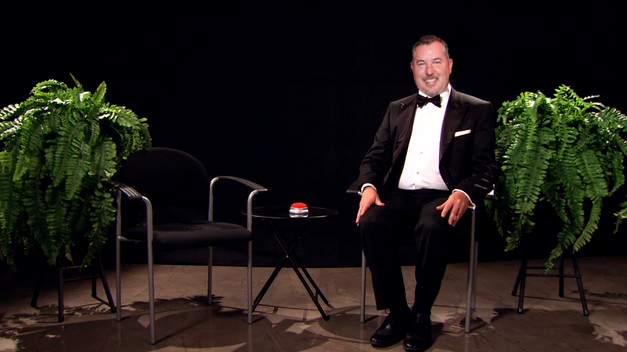 I got dressed up for my appearance on Channel 17.

Wednesday, January 7th – On Wednesday Casey and I drove down to the coast for a kick-off meeting with our counterparts at The Dragas Companies. We are proud to announce that Dragas has selected Madison+Main as its Agency of Record! We’re very excited to begin work with them. Virginia Beach-based Dragas is a nationally recognized, award winning developer of condominium communities and affordable homes that was founded in 1968.

I got back to the office in time to meet Casey’s hubby Greg, so we could go see the VCU game. Greg’s brother played for Davidson when he was in college, but he still roots for the Rams. VCU beat the pesky Davidson Wildcats 71-65 in a hard fought game at the Siegel Center.

Thursday, January 8th – My Thursday started and ended with the delightful Debra Q. Marlow, Community Development Director at Lucy Corr Village and Springdale at Lucy Corr. In the morning, I read a report Debra wrote to the Chesterfield Health Center Commission. It is part of my annual duty as Chairman of the Lucy Corr Foundation to give an update on our activities with the organization that oversees Lucy Corr Village. (The members congratulated me as if I had done a bunch of wonderful things, but it was really Debra who gets the stuff done.)

Afterwards I dropped by the Chesterfield Chamber to finalize details for the big Gala. Special thanks to Gala Chair Carol Nitz who has agreed to co-host the event with me. Carol, Lynn Kinsel and Mark Johnson have done a bunch of work on the Gala and they laughed at some of my jokes. #thepressureison

At lunch I was able to catch up with good friend Amie McLain. We grabbed a bite at Positive Vibe Café a few hours after she announced on Channel 8 that she was leaving Good Morning Richmondand her buds at 8News. The good news is that Amie is staying in RVA and is pursuing her calling by joining the Mt. Gilead Full Gospel International Ministries.

At the end of the day Jack and I popped into Bonefish Grill and ended up dining with Debra Marlowand our friend Martha Frickert. You may remember Martha from the series of TV spots we’ve done for Springdale that also featured my son Jack. People walked up to us as we ate, complimented Martha on the ad. The people also thought that Jack was Martha’s Grandson in real life. That must mean that they’re both really good actors. If you are one of the few people who have not seen this ad in RVA, click here.

Friday, January 9th – On Friday morning I was in full writing mode, preparing this email, writing TV ad copy and working on a new client’s 2015 marketing plan. To break up the day, I jumped in and made a dozen primary market research calls. I forgot how much fun market research can be.

I am sending the email out late today because I had to meet with some high-level government officials at 3 o’clock. It’s totally hush-hush, top-secret kinda stuff and I just told 5,000 people about it… or did I? (I’ll probably spill the beans next week.)

Wish me luck on my diet and send me some motivational quotes. I definitely need more motivation. So far all I’ve got is…

He who indulges, bulges