Last week, I MC’d the Chesterfield Chamber Annual Gala… and the reviews are still pouring in. Most of those in attendance laughed at my jokes, but I heard a couple of local politicians were not amused by my witty barbs. #sorrysenator On Friday, I was introduced as “that guy” who wore a dress at the Chamber Gala and made everyone laugh. I’m okay with being “that guy”. Maybe it’s part of my personal brand. I’m loud. I joke around a lot and I get a lot of attention. I’m 47 and perhaps I’ve finally come to terms with it.

I am not, however “that guy” who takes off his clothes and jumps in the James River for a good cause, but I am “that guy” that helps to promote these events. Keep Virginia Beautiful will hold “Shiver in the River” on Saturday, January 31st. Drop by Historic Tredegar Ironworks, and take the plunge. 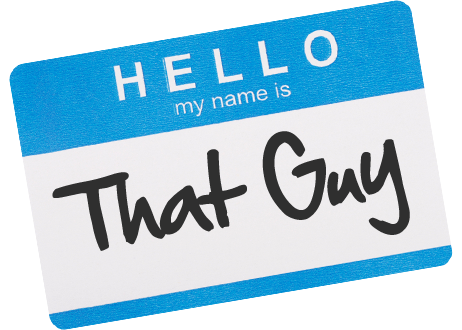 It was a busy week at Madison+Main and “that guy” who sends you e-mails every Friday, has put together another e-literary masterpiece.

Monday, January 19th – On Monday, we were thrilled to have both of our off-site colleagues in town this week. Kara hopped over the mountain from Blacksburg to help us with several new clients and Molly (7 months pregnant) flew into work on year-end financials and met with lots of people this week who were good at math… consultants, accountants, bankers, etc.

Hal and Noah, our buds from Broadscope Media, were overloaded with cuteness on Monday when they hosted scores of 5 to 10 year old actresses auditioning for a part in our latest TV ad for Yard Works. We’ve whittled the field down to just a couple and will start filming next month, after we make a very tough decision.

Tuesday, January 20th – Kara and I had the opportunity to grab a quick lunch Tuesday, a rarity when she’s in town because we are usually working 12 hour days. I had heard that Perly’s had re-opened on Grace St and thought I should give them a chance. As far as Perly’s goes, a quote from Seinfeld character Frank Costanza, summed it up best, “I got a lot of problems with you people”. The old Perly’s menu was dull and “Americanized”. I’m happy to report the new Perly’s is one of my favorite spots, after only one visit. The décor is art deco chic, the menu rivals the best NY delis, and the servers are much friendlier than the old place. (The surly servers at the “Old Perly’s” made me feel like chopped liver.)

Wednesday, January 21st – On Wednesday we worked on some new creative concepts for clients Lucy Corr Village and Davis & Green Electrical. And our friend, Bob Fischer, dropped in to train the Main-iacs on recent memory techniques he learned while visiting the UK. Bob’s day job is Senior Vice President at Morgan Stanley, but he has extensive training in creative and memory techniques and occasionally shares his knowledge with us. Madison+Main conducts twice-monthly “Lunch & Learns” for the benefit of our team members and clients. If you know of someone who would make a good presenter on an interesting topic, e-mail Lindsey so we can set it up.

Wednesday afternoon I met with Dan and Dave, my consultants from Tax and Business Solutions LLC, and they gave me tremendous advice, which will save me tens of dollars this year on taxes. #JustKidding. Dan and Dave have given us great advice, time and time again.

On Wednesday evening, we held our January Media Mixer at Metro Grill and partners Richard Masters and Travis Bacile really rolled out the welcome mat. More than 60 friends, clients and members of the media scarfed down beef and crab cake sliders and highly addictive Honey Siracha wings.

Casey got a new nickname at the event. Please call her “Maverick” from now on. I’m “that guy” who made all the announcements without a microphone. 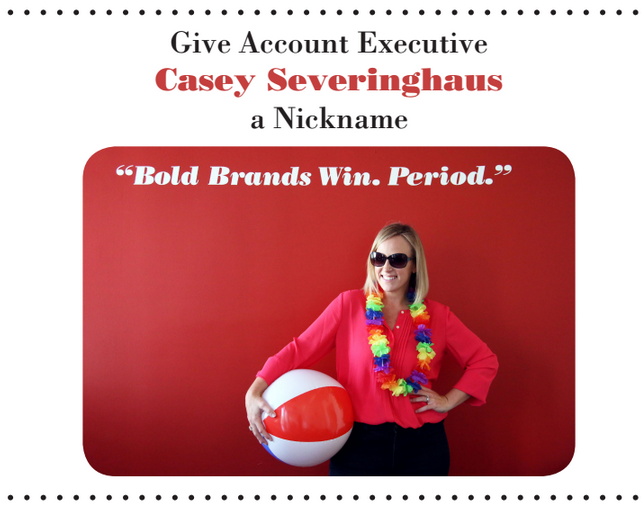 Thursday, January 22nd – On Thursday, Casey spent the day working with our clients at The Dragas Companies in Virginia Beach, while the rest of us held down the fort. She described their new property development Spence Crossing as “Amazing.”

At Insiders Club, my friend and architect, Jim Irby forgot his glasses and presentation, but managed to persevere. Jim shared his passion for home brewing… and even brought a bottle of his product. I haven’t tried his beer yet, but I can recommend his firm. Check out his portfolio at IrbyArchitects.com.

At the MS Society board meeting on Thursday, we voted on a new name and doubled in size. Wow. The MS Society Chapter that I am a board member of has grown from “The Central Virginia Chapter” to “The Central and Eastern Virginia Chapter” and now with the addition of the Shenandoah, Blue Ridge region, parts of Kentucky and the entire state of West Virginia, the Chapter is now known as “The MS Society of Virginia and West Virginia.” Of course, Madison+Main will help the organization expand its event marketing from the current 9 events to more than 30 events. #WeveGotWorkToDo

Friday, January 23rd – Today I am “that guy” who spends most of his time on the phone, in the office and on my mobile. I got a call just as I was paying for my gas this morning and I’ve spent better part of the day making and receiving phone calls.

Monday will be very exciting as we have two new employees starting. I will introduce you to them next week.

This afternoon I met with my banker Eric Tusing from Village Bank. Although meeting with a banker doesn’t sound fun, Eric makes it all worthwhile and tolerates all my bad jokes. Village Bank is financing my plan for complete world domination. Have you heard? Village Bank has a boatload of money and they want to lend it to you. Call Eric at (804) 419-1463 or email him ETusing@VillageBank.com and he’ll put you in debt.

My beloved VCU Rams play tonight at 7 o’clock against the disappointing St. Louis Billikens who are struggling this year at 9-9. I will miss the first hour of the game, because the mighty Sharks of Alberta Smith will be getting in another late night practice before taking on the Woolridge Wildcats Saturday at noon. Perhaps I should call my cousin Bernie (the retired principal of Woolridge Elementary) and place a friendly wager. Is it legal to bet on 12 year old boys basketball? If not, please forget what I just wrote. If you want to see “that guy” who yells a lot when his kid is playing basketball, you should come see the game at Bailey Bridge Middle.