First I must ask, “Where do you get your news?” If you said “I get the bulk of my news from half hour programs, at the same time, everyday, via network television.” then you’re probably not reading this blog. Or you’re into nostalgic rituals like walking down the driveway in your underwear to pick up a newspaper. 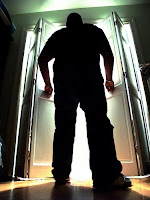 NBC 12 featured a scare piece on Facebook last night. I keep seeing this type of thing on the local television news. They inflate “hackers” and “the mysterious internet” and provide halfbaked information about what went down. Somehow a “hacker” used a woman’s Facebook page to solicit wire transfers from her friends. I agree it’s a good idea to change your passwords on a regular basis. I also believe it’s a good idea not to share them or initiate wiretransfers to anyone soliciting via internet. Maybe wiretransfers are the boogie man here?

Pick smart passwords. Change them periodically. That’s a good moral for the story but the feature also claims that Facebook is a 5 year old website with over 2 million active users. However that data must be a couple years old because all you have to do is “Google it” to instantly and effortlessly find a variety of more recent credible articles tallying 150+ million active FB users. Latest estimates are 217 million according to Facebook themselves.

In sum, I caught the feature by chance while loading the SNL rerun that I DVR’d this weekend. Are you enjoying the layered ironies here? I’m curious if this summary article is feeding to their fan page? I presume it isn’t but I most likely won’t check because network TV news is not feeding my RSS reader.

Traditional News can’t ignore the evolution of communication any longer. Yes there’s been lots of positive press about Twitter, Facebook, etc… but it makes me wonder when I see stories like “The Craigslist Killer” or “I Got Ripped Off On Ebay” or “The Facebook Hacker” what are their primary motivations? TV, newspapers and radio ad revenues are down. They’re villainizing the reason.